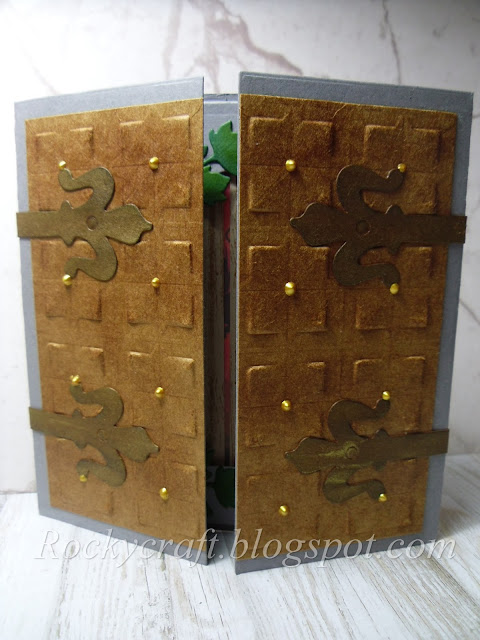 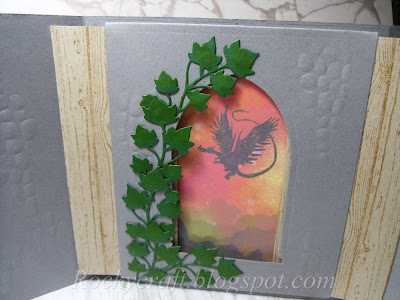 Today is the launch of a new die set from John Next Door called the Reveal Card, it has internal sliding doors that reveal the back panel when the front doors are opened. 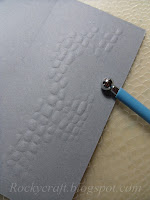 The outer cover and the inner sleeve were die cut from grey card to look like stone. To get some texture and increase the stone look I used an embossing folder, but as I didn't want an all over texture I used the open folder and a ball tool so I could be selective on where I embossed.
For the inner sliding doors I cut from light brown card and stamped woodgrain in a darker brown. I did find with the inner doors I needed to cut a tiny bit off the height to aid sliding, this may be because I fixed the window sleeve a little to tightly, I would suggest you check yours before gluing. 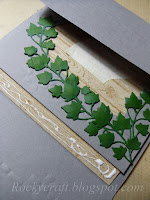 For the reveal I cut an arched window in the sleeve and added some ivy for a splash of colour and interest.
The image is a piece of my artwork from a few years ago which I thought went well with the castle theme. I placed the window over the image and held it with clips until I had the image in just the right place, then I stuck the image down.
The window sleeve was then stuck down in the centre of the back panel. I slid the doors in place and held them together with a small piece of stencil tape while I stuck them in place, this made sure they would still meet when the card was shut. 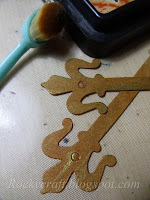 For the front cover I used the 3D embossing folder called Quilted Blocks, I though it looked like an old studded door. Using Kraft card and some Distress ink to dirty it up, one embossed piece of card was enough for two door panels.
For the hinges I used a Sizzix Tim Hiltz die and cut from Kraft card, to make them look a little more metallic I used Distress ink for the rust and gilding wax to look like brass.
For a castle I thought the doors should have brass studs, so I used a pearl pen from Dutch Doobadoo, it's similar to pearl drops. 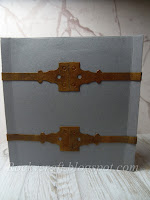 I was going to cut the hinges off at the edge of the card but they wrapped around to the back and met in the middle so beautifully, so I stuck them down.
To help my doors slide a little more easily I added a gentle fold down the back, this means that the doors have less tension on the inner sleeve when they move, making it all run more smoothly.
John has made a video to show how this card is put together which you can see here. For my card I didn't use foam tape, I scored a second fold very close to the first, both top and bottom of the sleeve to make a tiny tunnel for the doors to slide through.
I strongly suggest making this up in basic card to get the feel of it before you use your best card. Bear in mind that a textured card may make a difference to the slide of the doors, as will anything raised on the back panel behind the doors, this is speaking from experience!
Materials ListJND170 - Reveal Card die setPCD304 - Quilted Blocks 3D embossing folderJND129 - Mini Ivy die
656632 - Sizzix Tim Holtz Hardware Findings  (retired)
S57262 - 3D PVA Glue
I would like to enter this card in the following challenges:
613 Avenue Create - Anything Goes/ optional Winged Things
Challenge Up Your Life - Dragon or Kite     Top 3
Crafter's Castle - Anything Goes
The Fairy and The Unicorn - Anything Fantasy
2 Crafty Critter Crazies - Anything With A Critter
The Dream Factory - How To Train Your Dragon     Top 3
Posted by Rocky at 12:01