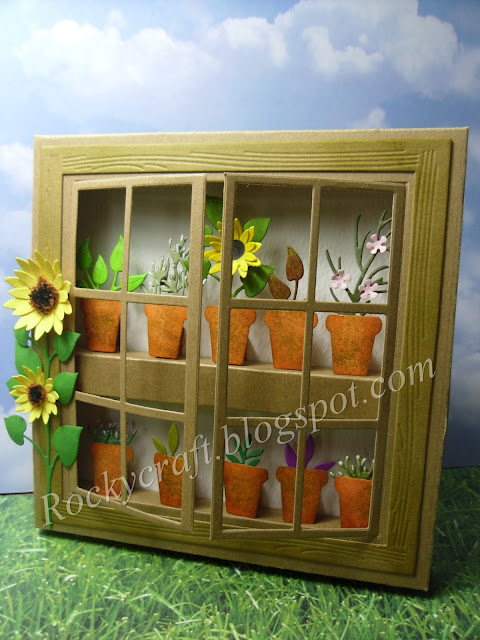 John Next Door has some new dies out this week, the box frame, window pane and my favourite, the sunflower. This box frame is similar to a past one but this one is just under 6inches square. 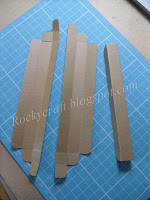 The frame was cut from Kraft card, cutting the straight window panes in the front. For the shelves I die cut the edge of the box frame three times, this gave me the right size to fit inside the frame after a little tweeking on the length. The shelves were made and offered up before gluing to make sure they would fit, I was going to have three but after this step it became two, it didn't look right and the pots wouldn't fit. 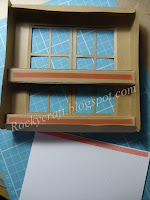 Once the shelves were in place redline tape was added to the back of them and a plain off white watercolour card square was stuck in as the backing panel. Fixing the backing to the shelves was important and stopped it bowing out behind the pots.
A woodgrain frame was die cut in Kraft card and inked with brown to highlight the pattern, this was then stuck on the front around the window opening.
A small card stand was also cut in Kraft card ready to go on the back of the box once finished. 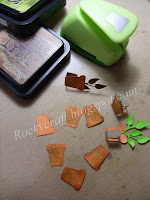 For the pots a small flowerpot punch and some orange card was used, a little ink stippled on the pots knocked back the bright orange and a gentle curve added to give them shape.
For the foliage I used lots of different dies form John's previous releases, cut in various shades of green and inked up with a variety of colours to make them all look different. The sunflowers were cut in yellow and the centres filled with some flock type granules from stash.
To get each pot to stand on the shelf a small strip of card was cut and folded to form a little square loop, this loop was stuck to the back of the pot and then each pot was stuck to the shelf with the same loop.
With all pots in position a tall sunflower was die cut and added to the outside of the frame and the card stand was glued on the back. 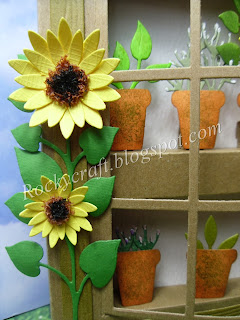 I would like to enter this project in the following challenges:
Dare 2B Artzy - Flowers
International Art & Soul - #134 Say It With Flowers
Lil Patch of Crafty Friends - #182 Anything Goes
Gem of A Challenge - Wk11 Anything Goes     (Top 3)
Posted by Rocky at 11:00 3 comments:

Say Hello To The Wallace Family 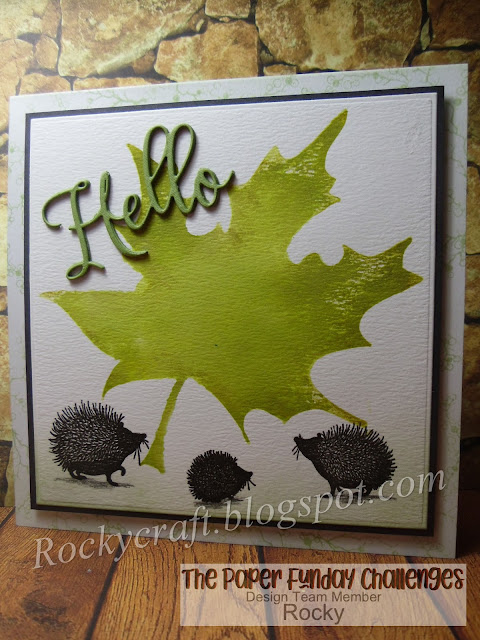 This month's optional twist at The Paper Funday is 'Family', this is the Wallace Family by Lavinia Stamps. Did you know a group of hedgehogs is called an 'array'? 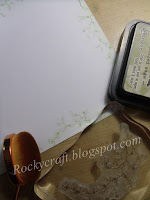 The main image panel was started with a leaf print taken from a media plate onto water colour card. I like smooth card but there is less buckling with watercolour card when using paint or fluid ink.
Using a stamp press the Wallace family were stamped with Versafine ink three times to get a good coverage.
A little black pencil under each hog grounds them before a light dusting of Distress Ink across the bottom of the panel adds a hint of green. There is a narrow black mat layer to make the hogs pop but when put over a plain white card blank it didn't look right, so using the same Distress Ink I stamped around the edge of the card blank and blended the edges too.
The image panel was then put on foam tape before being added to the lightly decorated card blank. A greeting was needed but it had to be something simple. A single layer die cut looked alright but I wanted it raised, this one has no room to add foam pads so I cut it out four times and glued the layers together to form a 'chipboard' like greeting.
The Paper Funday is an anything goes challenge but we always have an optional twist, this month it's 'family', so pop over and join us with your papercraft creations whether they're family or not.
I would like to enter this card in the following challenges:
Dream Valley - #269 Four Legged Friends
Simon Says Stamp - Masculine
Critter Crazy - #62 Anything Goes with a Featured Critter
Stamping Sensations - Anything Stamped/option Flora or Fauna
Posted by Rocky at 07:00 3 comments: