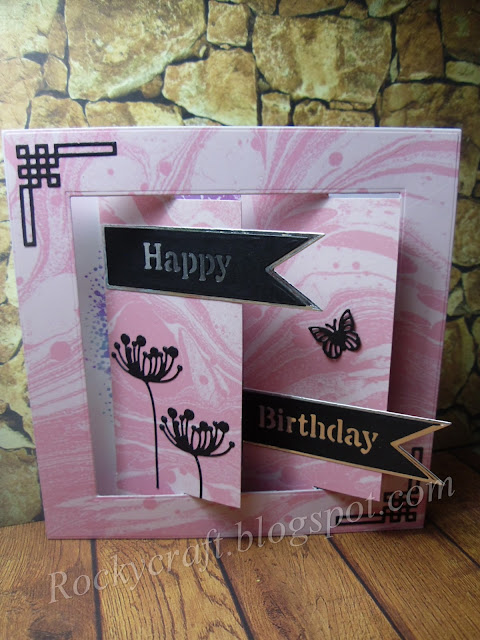 This was made using the new Shutter Card die set from John Next Door, it's not as complicated as it looks....honest. John has made a video on how to put this card together, which you can find here. 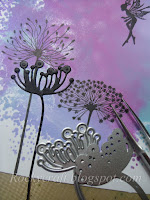 The background was something I already had sitting in my 'to finish' pile, it's a stack of part made experiments. The coloured area was made using Distress Oxides and a 'Splatter' stamp from Inkylicious, the stamped seed heads and fairy are all Lavinia Stamps.
To add extra effect I used the new Poppy Heads die set, adding DS adhesive sheet to black card then cutting two seed heads and adding them to the stamped ones.
The image panel was mounted on black and then on to white card, this was trimmed to fit once the front panel was cut so that they would be equal once assembled.
Using a sheet of patterned card and two square dies I cut the front aperture. To make anything other than the rectangle that comes in the set the only thing to remember is the height of the shutters, as long as they are able to open through the aperture it can be any width you choose. The shutters are added individually so you can put in as many as you like, I chose two for this card.
The shutters have a stencilled pattern in pink on the back to look pretty when open. I've also cut a couple more seed heads to go on the outside and a tiny butterfly. The banners are in the main die set, as are the words, these are cut in silver mirri and then a black top one with the words cut in. To finish I added a couple of die cut corner decorations, also a JND die. 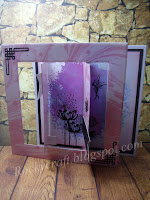