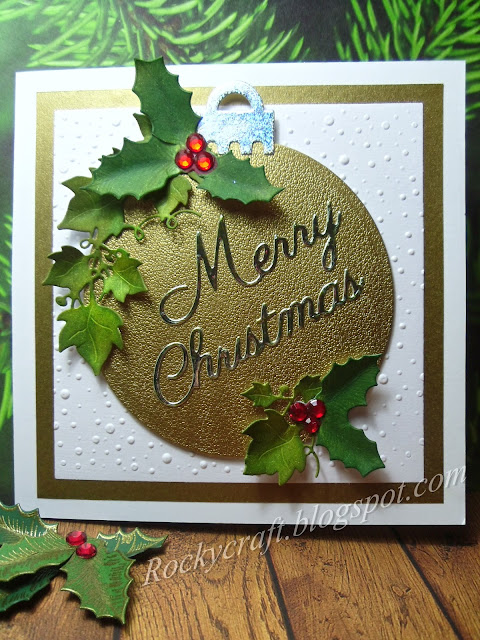 This card was made to showcase the new holly stamp and die by John Next door, when teamed up with the ivy corner it makes a great set of foliage. 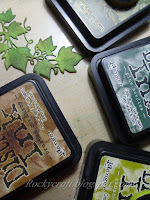 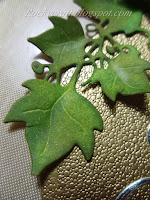 To begin with I cut and coloured the ivy, using several colours of ink makes it look more natural.
The holly was stamped in dark green ink on green and then coloured with another shade of green ink to give it depth. John's method for lining up the die really does work, once cut out all  the holly was just right. 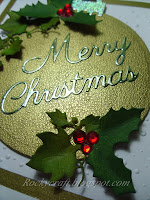 I snipped between the leaves on the closer pair and on one sprig cut off the single leaf, once arranged with other foliage you can't tell anything has been changed.
I was given one of John's baubles already cut by a friend at our little craft group. I matted the bauble on an embossed white panel, then matted that on old gold and a white card blank.
Once the bauble was stuck on it was easy to lay up the foliage and decide where to glue it. The addition of a die cut greeting on the bauble and some red gems for berries finished it off nicely.