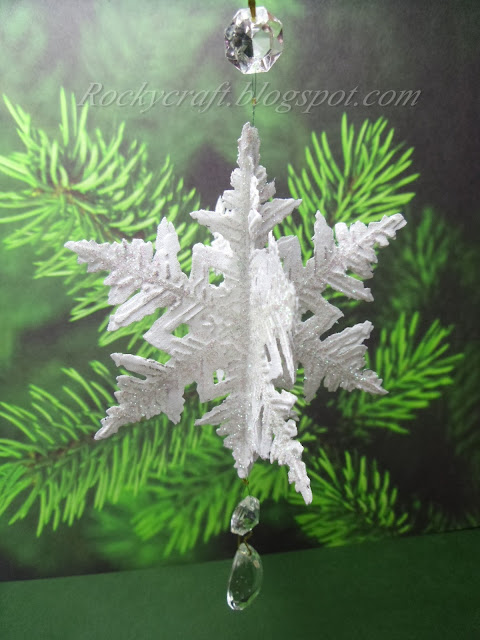 Making Christmas decorations is one of my favourite things to do, so when I found a huge roll of vertical blind fabric and some broken chandelier pendants in a charity shop I thought snowflakes. 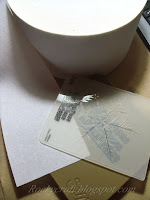 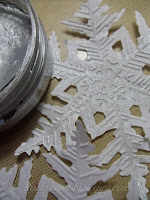 This fabric is amazing stuff, it doesn't fray when cut, you can stamp on it, heat emboss on it and alcohol markers don't bleed when you colour on it. A good thing it's so very versatile when you see the size of the roll!
Using Tim Holt Sizzix die Layered Snowflake I cut four flakes and embossed them with the folder that accompanies the die.
Once cut and embossed I used some silver gilding polish to run over the raised areas, this looked good but it lacked something, so out came the iridescent glitter. 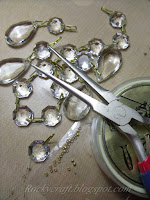 Using some fishing line I threaded it through one of the single round gems and made a loop which was sealed with a crimp bead. Most of the gems have small hooks and loops on them so assembly was easy.
I glued two of the flakes together on one side to form half of the finished flake. Then I glued the longer end of the fishing line to the centre channel, making certain to have enough to form a finishing loop before cutting it off the reel.
With the loose end of the line I threaded on a small round gem attached to a drop gem, making a loop through the top of the gem and fixing again with a crimp bead. The end of the line was then stuck inside the channel so there would be no end visible.
With the gems in place I stuck the remaining flakes to the made half and left it to dry before easing into shape as a three dimensional snowflake. The weight of the glass gems make the flake hang straight and the whole thing sparkles beautifully.
Over at Altered Eclectics we love to see altered art and recycled projects like this so please pop over and join us with your creations.