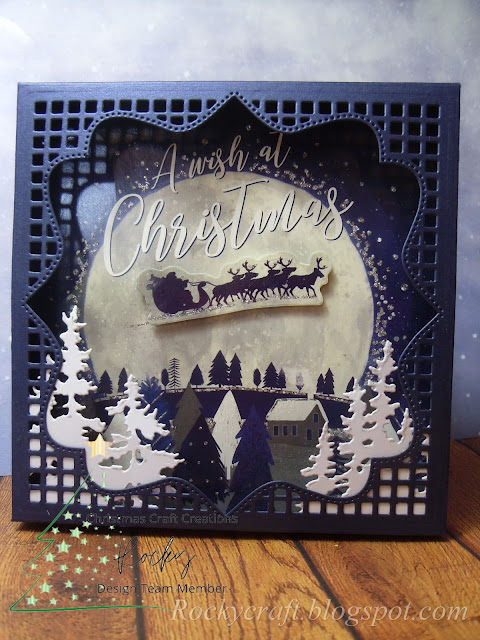 You may think making Christmas cards this early is a bit daft, but when we get let out of lockdown will you really want to be indoors making cards? I know I won't!
With limited supplies I decided to raid my stash of old Christmas cards and see what I could recycle. I found several rather nice ones that would work well in John Next Door's Square Scene Box. 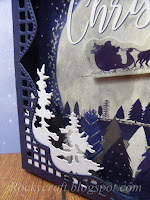 Using some dark blue pearl card I cut out my scene box and added the Oakham Lattice for the aperture. I had to trim the old card to fit within the square but thankfully only a little.
As the old card had lots of trees I decided to die cut some more and pop them at the front, just behind the latticework. I cut them in pearl white to help lift the colouring of the whole card, having a dark blue foreground and background could be a bit too much.
There is a little sparkle on the old card so I didn't feel the need to add any more, the pearl effect is enough. 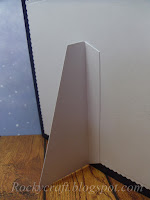 On the back I have added a white card square to cover the dark blue  edges and give somewhere to write.
To make it stand up I have cut a small white card stand and glued it in the middle, it will fold flat for posting.
I'm quite enjoying recycling old cards as some of them are so nice, with a little new work added they have a chance to carry festive cheer again.
Come on over to Christmas Craft Creations to see what other DT inspiration you can find.