Stocking Up For Christmas 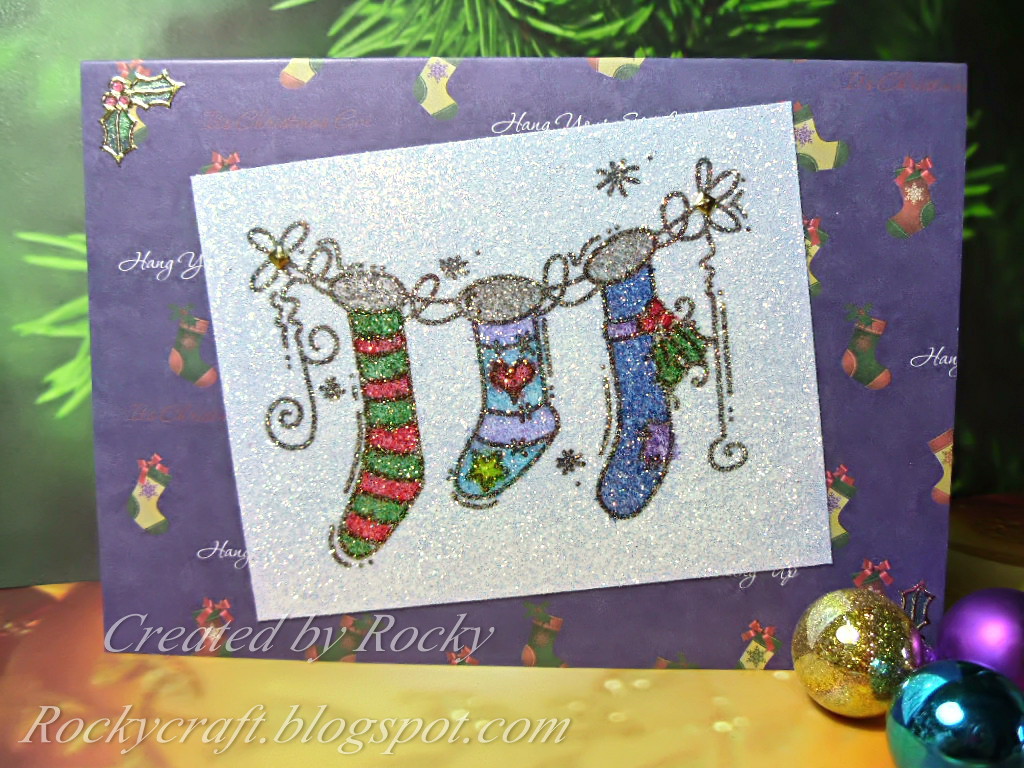 Today is some mid month inspiration for CraftyHazelnut's Christmas Challenge Extra. Our challenge is for Christmas creations, not just cards. With this image I am 'stocking up' for Christmas by adding another card to my collection. It really takes the worry away at Christmas knowing I have already made the cards, it leaves time to create other things too. 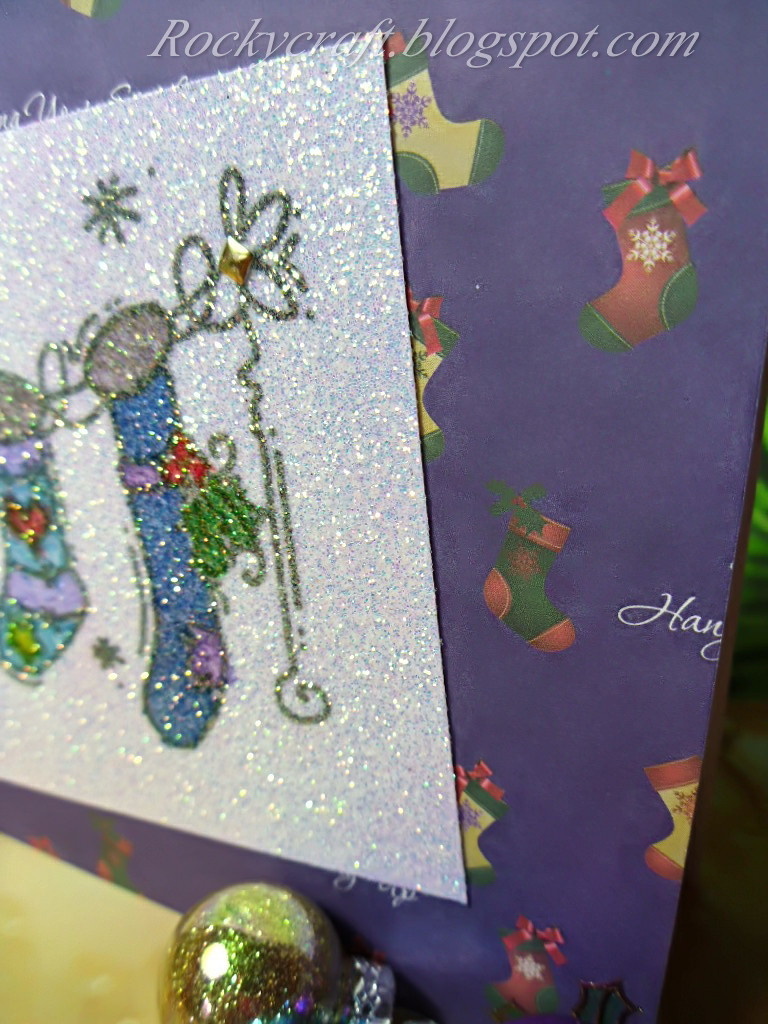 This image is called Stocking Line  from Bugaboo Digi Stamps.
I have printed on to plain white card, then I covered the image with some double sided sticky sheet. After removing the top cover I sprinkled clear glitter all over the image.
Then using alcohol markers I have coloured the image through the glitter, this gives a sparkly image but I must say I think I prefer to colour my card and then glitter, it was a technique that I had seen and wanted to try for myself. This may be of more use if you were colouring an image that could be damaged by the markers, having a layer of very thin plastic between the image and the pens would protect it and you would still be able to add colour.
The image panel has been mounted on some backing paper from stash, I've had it so long I can't remember where it came from, but it has little stockings all over it. At each end of the line I have added a tiny gold square embellishment instead of a brad. In opposite corners I have added a small gold holly leaf peel off and coloured it in with Stardust pens. It's a simple card but with lots of sparkle.
It may seem crazy to be making Christmas cards already but it really does help build up your stock if you make one or two a month, you get time to spend on each one rather than having to batch make to produce enough in November. Come and join us, we have lots of inspiration on CraftyHazelnut's Christmas Challenge Extra.


I would like to enter this card in the following challenges:
CraftyHazelnut's Patterned Paper Challenge - Use your patterned papers
Card Mania - Make It Sparkle/Let It Shine
ABC Christmas Challenge - A Is For Anything (optional antlers)