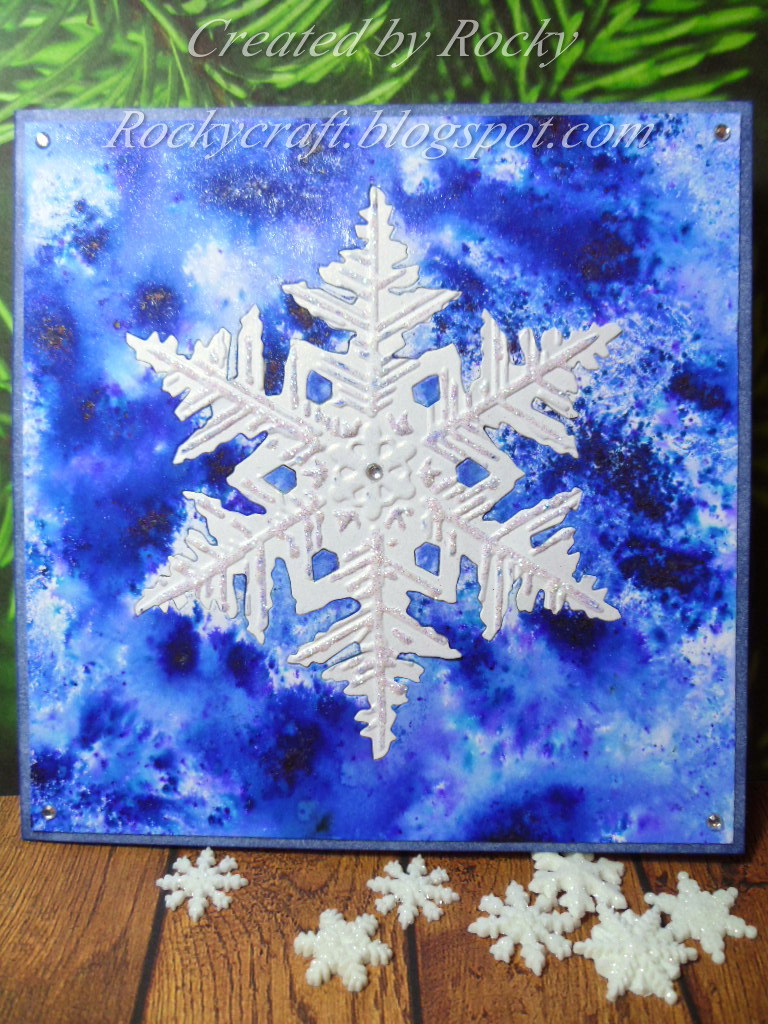 This is perfect timing, it's snowing outside as I'm typing this.  It's another week of inspiration from CASE-ing Christmas and our last week of candy so come and join us for a chance to win.
I bought some Brusho ink powders before Christmas but have only had time for a little play until now, I really would like some more colours, this coupled with a new Tim Holtz Sizzix Snowflake die worked out well.
I cut the snowflake from the centre of the white pearl card and set it aside while I painted the background. There are many things you can do with Brushos but I chose to sprinkle Ultramarine on to damp card. The component colours split and give blue, turquoise and purple as it hits the wet card, I could watch this happen all day. I used the plain side of the card so I could save the pearl side for the snowflake. To add sparkle I spritzed with a clear mica spray.
This snowflake is not symmetrical, as I discovered when I flipped it over to the pearl side and tried to put it back in the hole. No problem, just cut another one the other way up, that way my snowflake is plain and my background is pearl. I'll just have to make another card later with the spare bits. 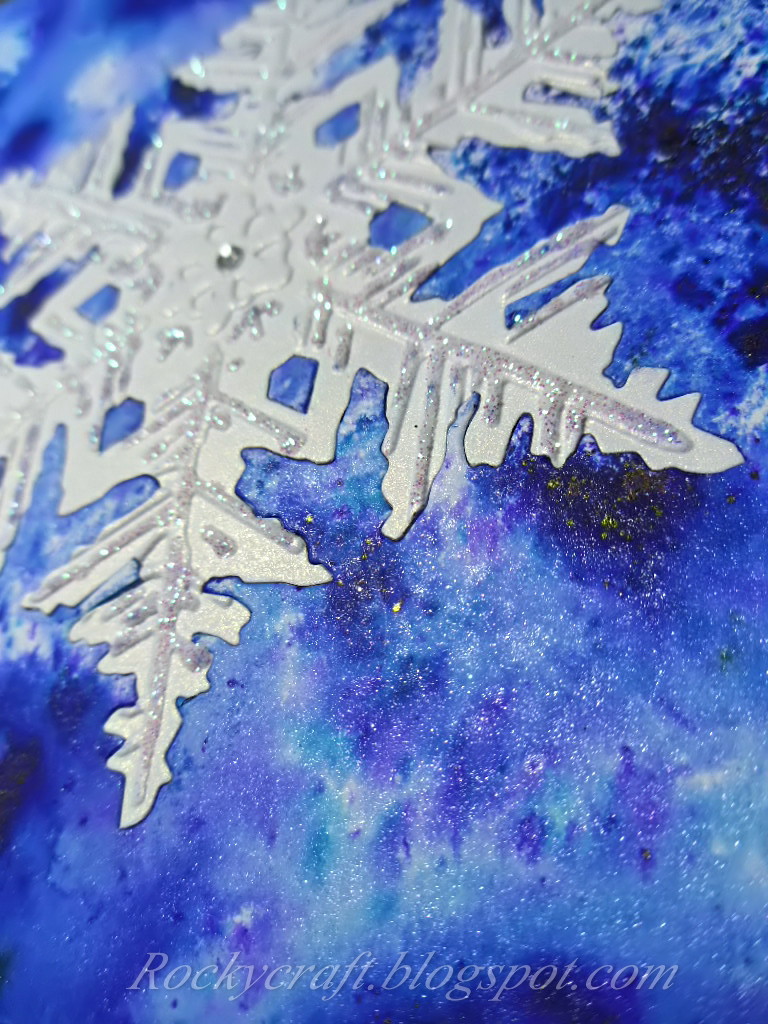 The Sizzix die comes with an embossing folder so you can add texture to your flake. Once embossed on the pearl side it looked good but not quite good enough, so I added some clear glitter to the ridges to make it sparkle.
I put the snowflake back in the hole it came out of once the paint was dry and stuck it down. The corners looked as though they needed a little something but nothing to take away from the main flake, so I added some tiny clear gems.
It's not exactly a one layer card, I had to put the decorated layer on to a card blank to finish off. If I had tried to colour a card blank this way I think it would be everywhere inside and on the back as it's a slightly messy, but great, process. The die cut is inlaid so the only height is the tiny gem. There is no greeting on the outside as I want to keep the background effect clear.
Mynn's original card has a snowflake and some blue on it so that was my starting point but I must admit I really wanted to play with the die and the Brushos, I hope you like it.
Come and join us at CASE-ing Christmas this week, you might be one of our lucky candy winners.