Beetle On Over To The Male Room 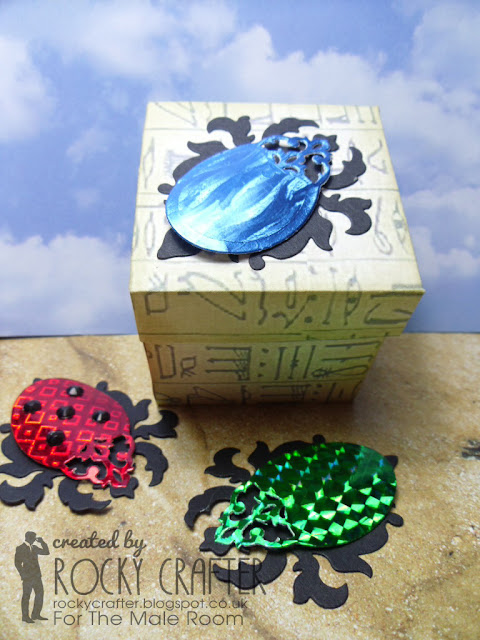 Our challenge this fortnight at The Male Room is Many Legs, for me this meant a bug of some sort. 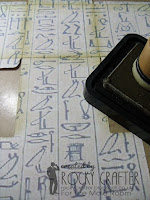 I have used Spellbinders set Damask Motif to make some Scarab beetles. If you use holographic mirri card for the beetles shell you can get some great effects and black card for the legs.
The shell of the beetle has been shaped to give it some body and then it's stuck on the legs using double stacked foam pads down the middle, the tip of it's head is also stuck down.
The box is die cut from hieroglyphic patterned card, before assembly all the edges have been coloured with Distress Ink Old Paper to give it an aged look.
Once the box was complete one of the beetles has been stuck on the top to finish it off. I chose to make a gift box but these beetles can just as easily be added to cards or tags.
Pop over to The Male Room for more inspiration, this theme has been interpreted many ways by the DT giving you lots of project choice. 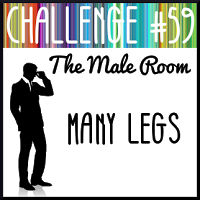