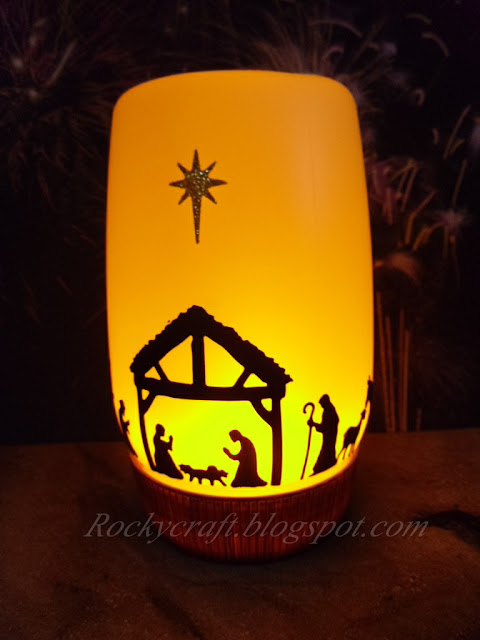 Earlier in the year I made a fairy jar using a jam jar, that's alright for an adult but what about a young child, I needed something other than glass. I have always loved to drink Ovaltine, it's a malted chocolate drink that comes in an opaque plastic jar, perfect! 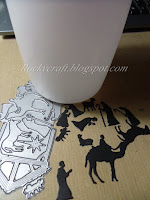 The jar is already opaque so no painting required, just some colouring to be done to that bright orange lid. I used a black marker pen but maybe a spray paint would have been a little better.
The die is a Robert Adams Nativity set which cuts beautifully. I stuck some thin black card to a Stix2 double sided sticky sheet and then die cut the figures.
The label on the jar is not glued on so there are no sticky marks to remove, just a small date stamp on the bottom which wipes off using an antibacterial hand cleanser gel. 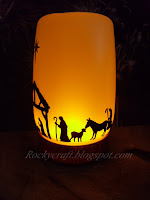 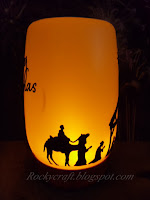 Turning the jar upside down makes the lid a perfect place to put the LED candle and the whole jar glows. The candle is fixed to the lid with a lump of tack so it can be lifted to switch it on and off, once the jar is done up tight it's quite difficult for little fingers to undo.
Starting with the stable I peeled off the backing paper and stuck the shapes to the jar. The star is cut from gold glitter paper so it tinkles.
On the back I have used a greeting die that had holly on it, that didn't look right so I trimmed the holly off and just used the words.
Being plastic it's safe to have out on display where small people may be, if they drop it it will bounce, it's not heavy so if it hits a toe it won't hurt either. It would make a great Christmas night light as well as showing them the meaning of Christmas. 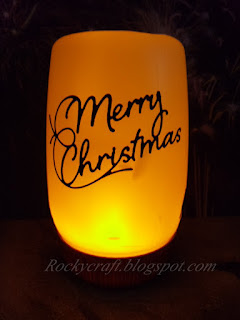 I would like to enter this project in the following challenges:
UnstampaBelles - Flickering Lights
Craft For The Craic - Anything But A Card
Crafting With An Attitude - Anything Goes