Couture Creations For A Special Birthday 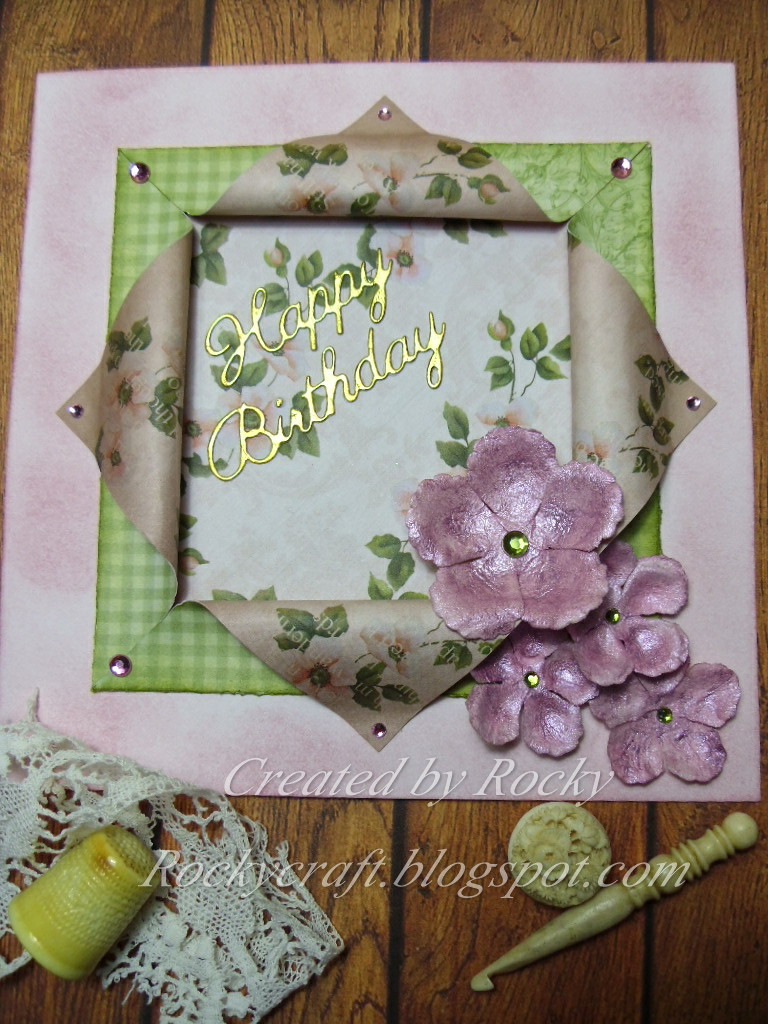 This weeks project for Creative Expressions is also a card for my Mother-In-Law, it's her birthday tomorrow, a special one but I'm not allowed to say which one!
I have been using Couture Creations Vintage Rose Garden papers this month and thought they would be just right for this occasion, then my friend Mynn Kitchen used a technique I had forgotten about and sparked the whole idea, thanks Mynn. 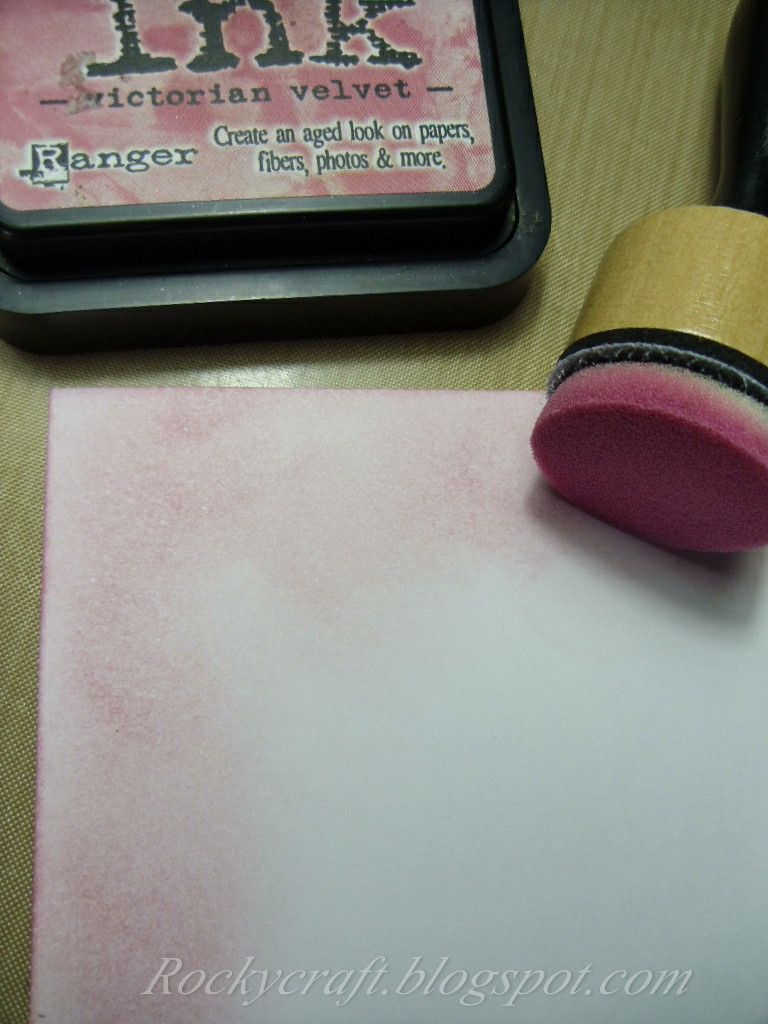 I began by using Distress Ink Victorian Velvet to colour the edge of a white card blank, there is no need to colour the middle as it will be covered by the design.
I do this with most of my cards as I've found it very difficult to get perfect matches with coloured card, it usually works out cheaper too! 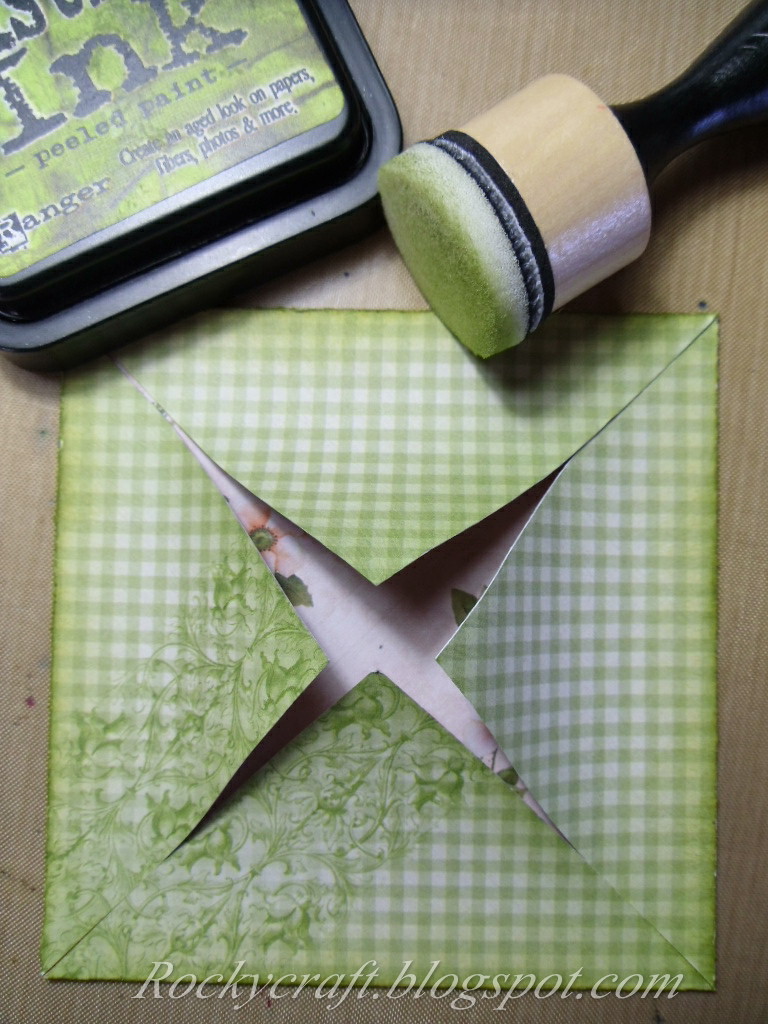 I have used one sheet of the paper pad and folded the corners into the middle. While they are folded in I have used Distress Ink Peeled Paint to colour the folded edges.
Under each flap I have put a strip of double sided tape to hold down about 1/2 inch, this way when the flaps are curled out they will all sit neatly. 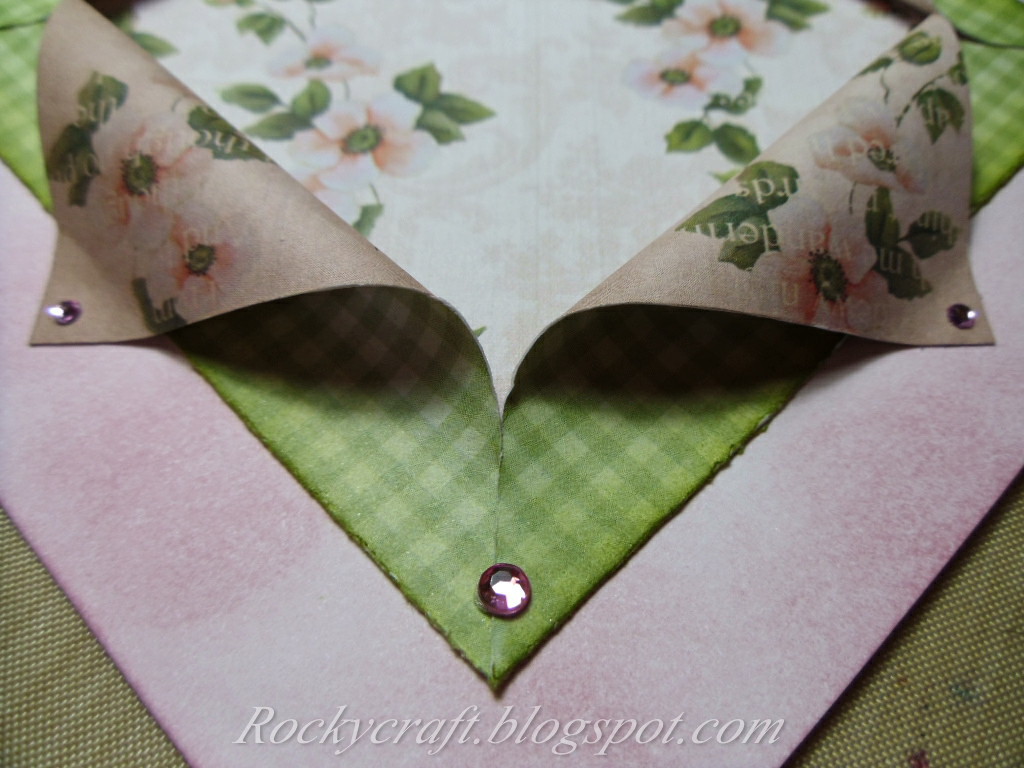 The points of the flaps are held down with some red line tape as it's very strong.
On each point there is a tiny pink gem and on three green corners there is a larger pink gem. 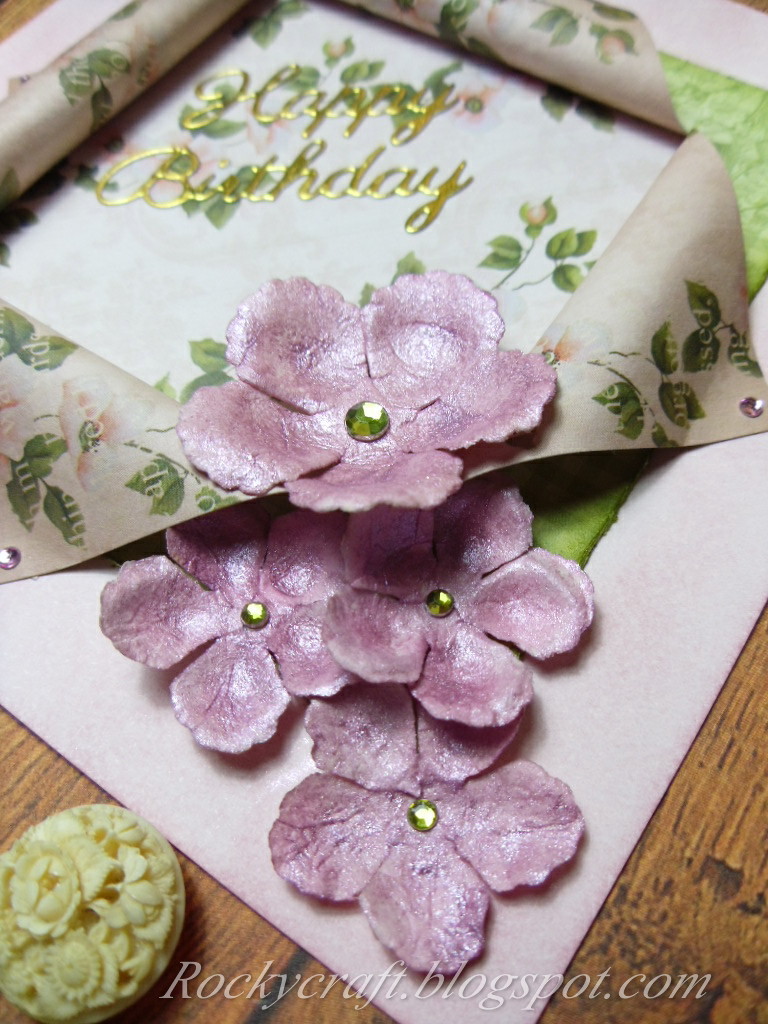 There is a cascade of flowers on the bottom corner because I wanted them to tumble out of the centre and also to hide where the edges didn't meet perfectly. Three out of four corners were fine but one was a little untidy so that's the one that got covered up. That's the beauty of using a random patterned paper, who knows which way up it should be?
The flowers are coloured with Cosmic Shimmer Mica Spray Antique Rose and left to dry on a paper towel on the radiator. Once dry they have green gems in the middle to match the flowers on the paper.
The large flower is mounted on a double layer of foam pads, the next two on one layer and the bottom flower is stuck directly on to the card, cascade complete.
With the addition of a die cut Happy Birthday in gold card the design is finished. A special card for a special lady, let's hope she likes it.

I would like to enter this card in the following challenges:
2015 Open Design Team Challenge - DT Members Only
Creative Moments - Anything Goes for A Special Lady
Frosted Designs - Think Pink
Jo's Scrap Shack - Special Birthday
Sister Act - Anything Goes
Brown Sugar - Anything Goes