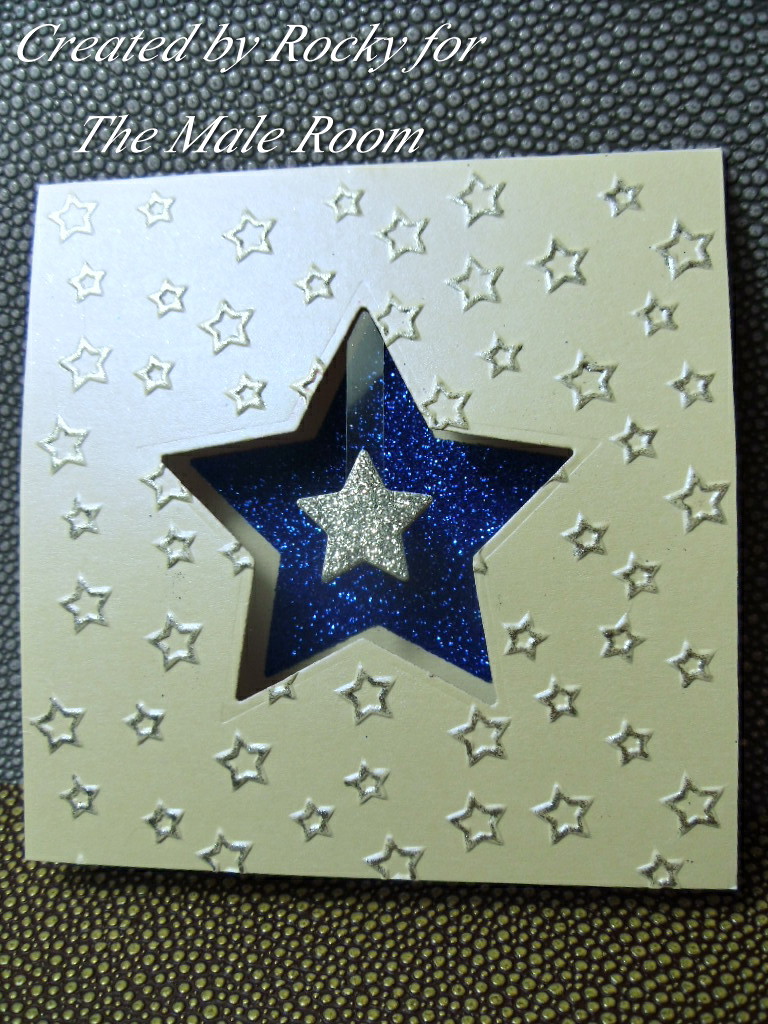 Today sees the start of a new challenge at The Male Room, we are looking for anything masculine featuring stars.
My inspiration came from an idea I saw at Chocolate Baroque to suspend a die cut within a die cut frame. I have tried this before but strung the centre piece on thread, not very successfully. This idea suggested using acetate.....much better!
I cut my star shaped hole in the card first, then embossed it with a star folder. Tip 1- cut first and then emboss or you will squash the embossing when you cut!
Each little star has been coloured with a glitter gel pen to add twinkle. I have cut a blue glitter star from paper put on to double sided sticky sheet, this helps me stick it down without using wet glue, that way I can't stick the card shut! (Tip 2) Peel back one corner of the sticky cover, close the card and ease the star through the hole, this will line it up perfectly, then remove the rest of the sticky cover sheet (Tip 3). 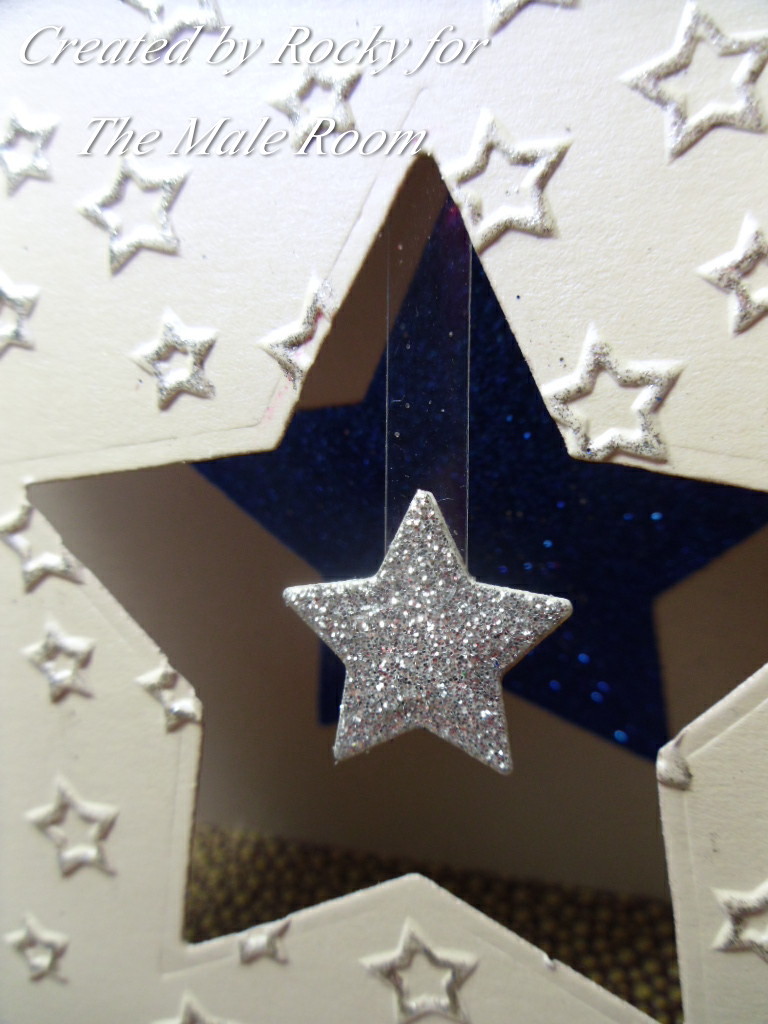 The centre star is cut from glitter card using the smallest die in the set. First cut two stars and a strip of acetate long enough to go from the small star to the top of the inside of the card. Glue one star on to the acetate, then turn over and stick the other star on to line up with the first one, it looks nicer with an inside star as well.
Line up the small star with the blue star with the card open, put double sided tape on the acetate strip at the top and close the card carefully so they stay aligned and press gently to secure the sticky tape. The acetate holds the star in position perfectly and is hardly visible.


I would like to enter this card in the following challenges:
Top Tip Tuesday - Anything Goes ~ with tips
Christmas Card Challenges - Embossing, Wet or Dry
Christmas Cards Al Year Round - Sparkle and Shine