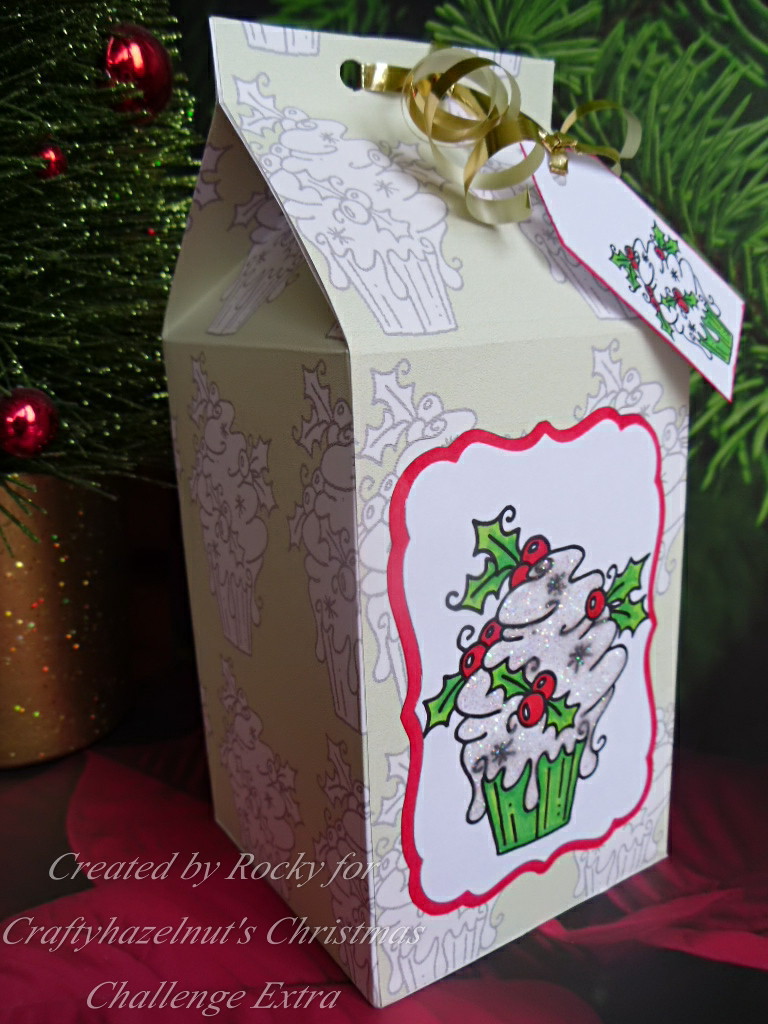 This months contribution to Craftyhazelnut's Christmas Challenge Extra is a small carton that will hold a Christmas cupcake.
I wanted to use the digi stamp Christmas Cupcake Mistletoe from Bugaboo to make more than a card. I decided to play around with the digi on my computer and make myself a backing paper. I'm sure there is a much easier and faster way than the one I used but it kept me occupied for the best part of an hour, in which time I learnt quite a bit about my new program, so not such a bad thing after all.
I used a PNG file so my background was transparent, this gave me the chance to change the background colour to pale green leaving the image white. I then copied and pasted all over my A4 page until it was full up.
Then I printed two sheets to make a milk carton using the Sweet Treats board from Crafters Companion. I used the larger carton template but shortened it by about 2 1/2 inches, this way it has the width without the excessive height, plenty of room for a cupcake. I did think about cutting a window in one side but had no cupcake to photograph inside so opted for a picture panel instead. 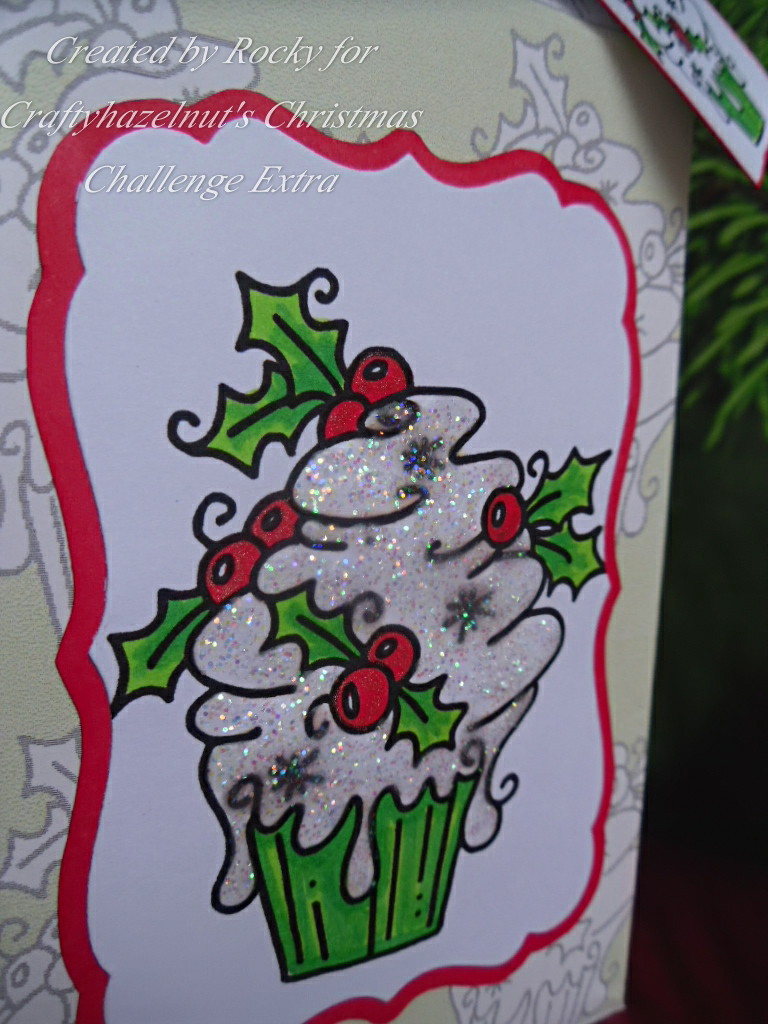 The picture panels on front and back are printed on white card and coloured with alcohol markers. The berries were then coloured over with a red Stardust gel pen and the icing was filled in with a Glistening Snow Writer from DecoArt, this dries clear with a great sparkle to it as well as giving dimension.
The pictures are cut out with a Spellbinder die and then layered on a matching mat that was drawn using the outside of the die as a guide, this was because the next die up looked too big, then hand cut. It was white card but I used the same red marker as the berries so that it was a perfect match to colour the edge that would be seen.
The tag is a small cupcake image printed on a larger piece of card then die cut with a tag shape. The edges have been coloured with the same red pen as the berries and then attached to the top of the carton with gold curling ribbon.
Craftyhazelnut's Christmas Challenge Extra is open all month with Anything Goes as long as it's Christmas, so please pop over and link up your Christmas creations.